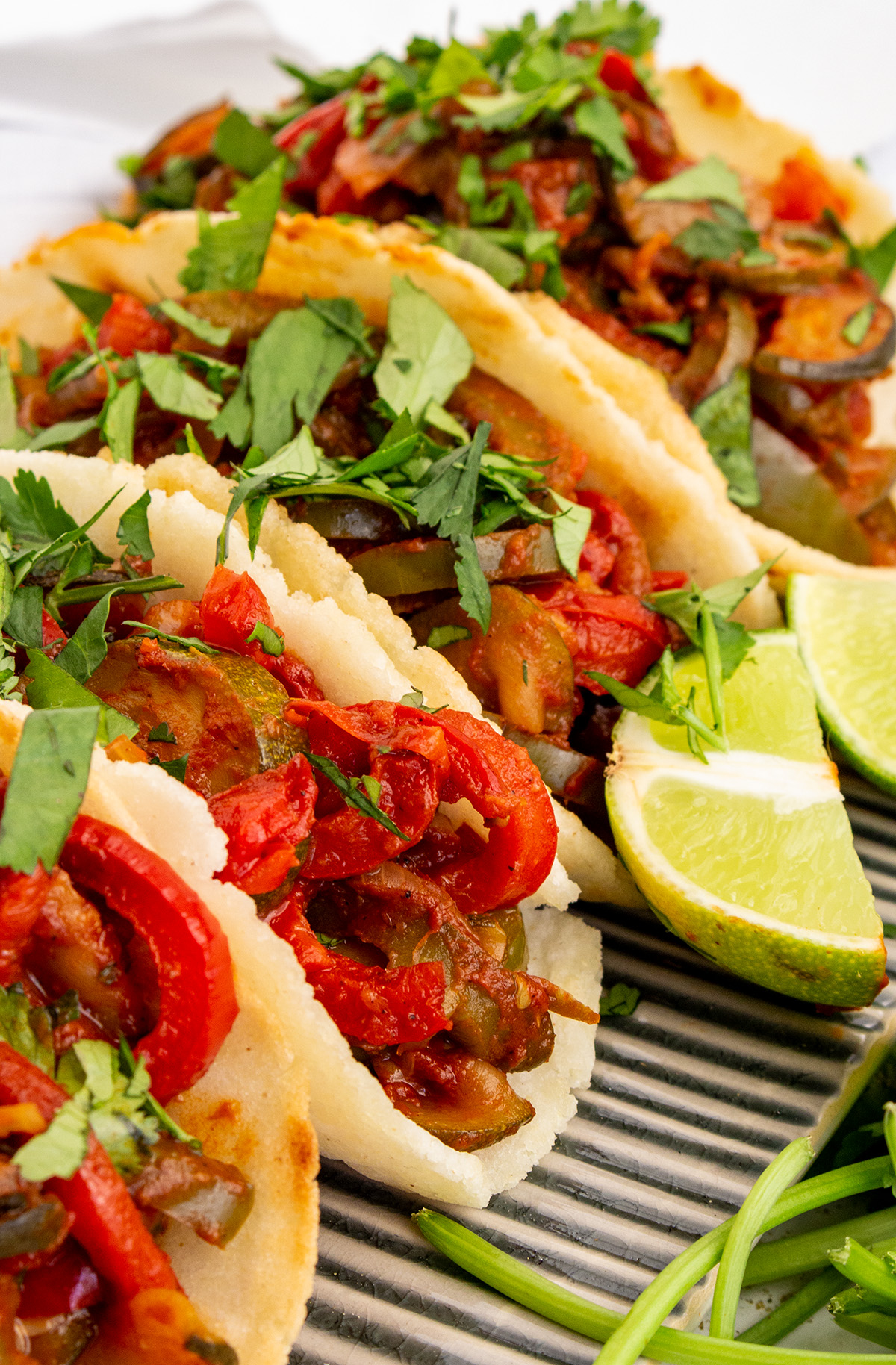 Tortellini, stuffed eggplants, cannelloni … etc. Ok, two of the latter belong to the time when I was still eating gluten and wasn’t eating vegan yet. BUT: That’s what this blog is for. If I ever develop a vegan canelloni recipe, it will definitely get a place of honor here.

Today we had vegan tacos filled with sautéed red and green bell peppers and zucchini. Before you start cooking, just a few notes. Well, actually, they are rather warnings, because making this recipe was rather turbulent and brought us to the brink of a crisis. Why?

The suitable corn flour is pretreated by nixtamalization, which means that it develops the adhesive properties required for baking and, thus, becomes easier for people to digest. Apparently, the corn flour we used was not, or at least not sufficiently pretreated, because the tortillas kept falling apart and it took us some time and nerves to put together the 5 tortillas planned for the photo and to transport them safely to the pan. Fortunately, they were delicious, and when baked, they became even so stable that we could have used them as a hand fan if the weather outside had been hot…

The second note is not a warning, but VERY important: In order for the paprika filling to get its authentic taste, you have to season it with smoked, and not with sweet or spicy paprika powder! I had this one. It’s particularly tasty and aromatic and you really only need to “powder” it lightly over the mixture twice and stir the mixture in between. Otherwise it becomes too “smoky”. If that happens, you can throw it into the garbage right away. Better rely on your sense of taste, be cautious and don’t over-season the filling. On the other hand this particular seasoning is definitely important for this recipe, because otherwise you won’t get its aromatic flavor.

Well, enough talk for now, now it’s time to cook. Have fun and as I said, go to the Spanish shop or order suitable corn flour for tortillas 🙂