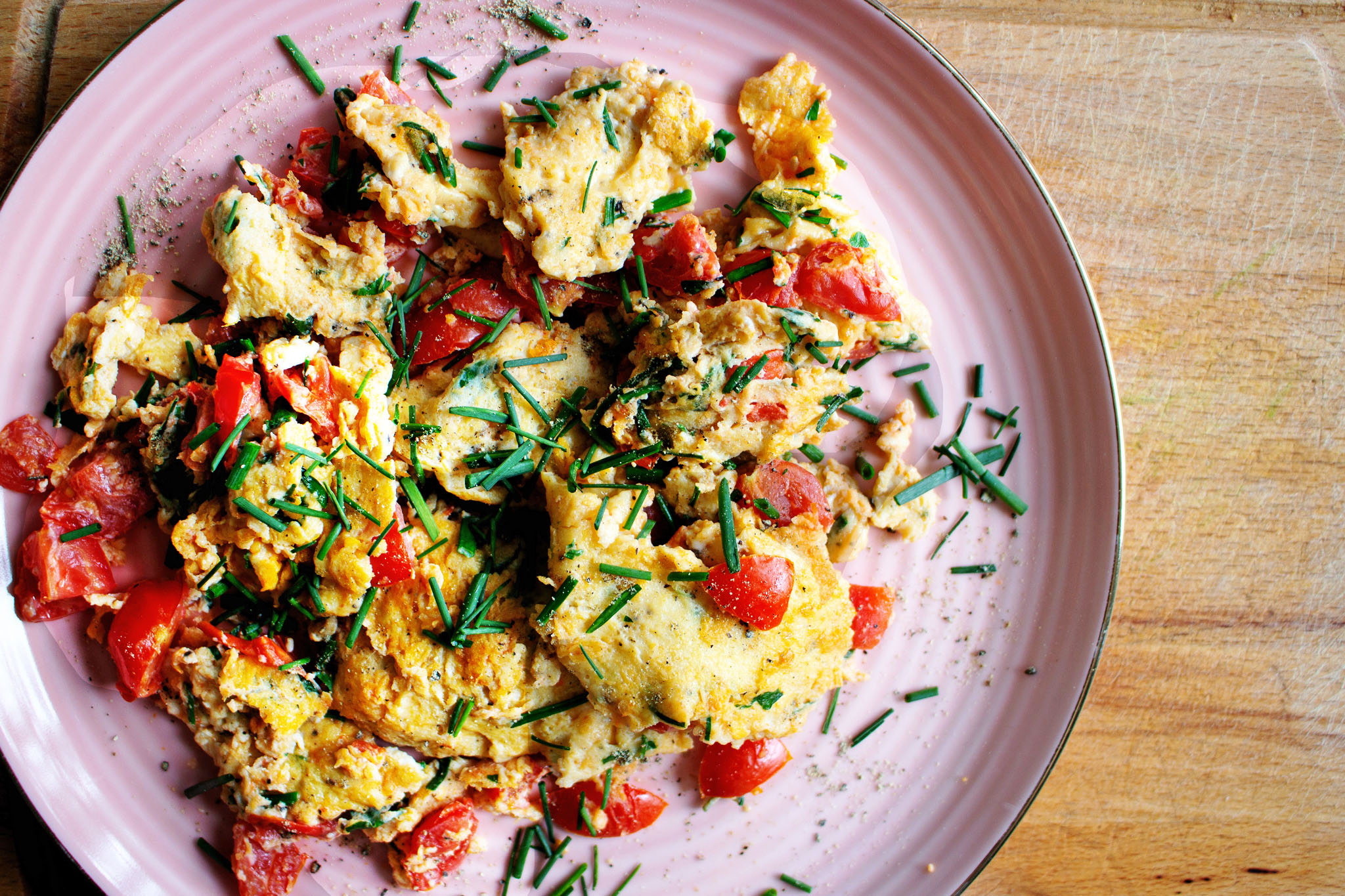 What’s your favorite way of starting your day? With breakfast, without breakfast or just with a cup of tea? I love having enough time in the morning to enjoy a „decent“ breakfast instead of having to leave the house in a hurry, only with a lunchbox of paleo snacks, because I got up too late as it often happens or because I have to work too early (which luckily never happens).

Admittedly, scrambled eggs with herbs and tomatoes are a better fit for the more relaxed mornings. I wouldn’t describe it as paleo fast food. And I don’t know how you feel about that, but for me, scrambled eggs always create an atmosphere of holiday, weekend and coziness. 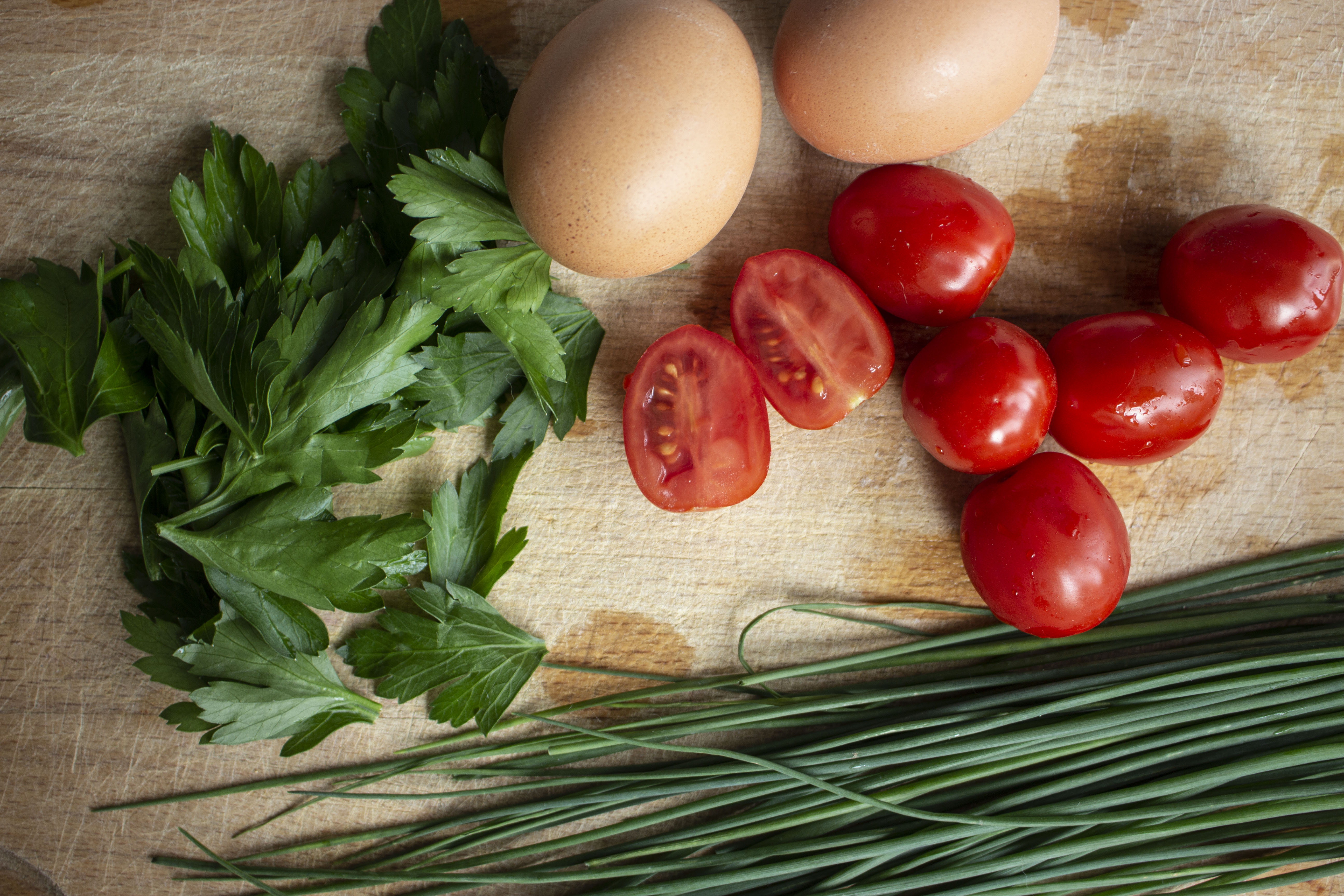 I always prepare scrambled eggs with ghee. As oftentimes I have observed that many people stir the egg mixture, as soon as they have poured it into the saucepan. Interestingly, in Germany, scrambled eggs are called „Rührei“, which literally means „stirred egg“. The point is that oftentimes this stirring is understood too literally when it comes to scrambled eggs, as if you had to stir the eggs in the pan while frying them. The result is a plate full of tiny little egg beads which you can eat with a spoon. That’s not what we want. The secret is: don’t stir, just move the egg a little bit, as if you wanted to pleat a piece of fabric.

As soon as you feel that the egg is firm enough underneath, flip it over and let the upper side cook a bit. How long – that’s up to you 🙂  But beware: If you remove the egg from the saucepan too early, it might still be liquidish on the inside. By moving it around instead of stirring it, two surfaces develop, which have to stick together by baking the upper side. So, if you don’t like the egg to be too moist, better wait some more seconds while you cook the upper side.

Do you want more vegan recipes – every week?

During these days, when everything seems to be ups

In between snack and the best sandwich among other

We love cookies not just for tea. By continuing to browse this site you are agreeing to our use of cookies.OKData Privacy Statement