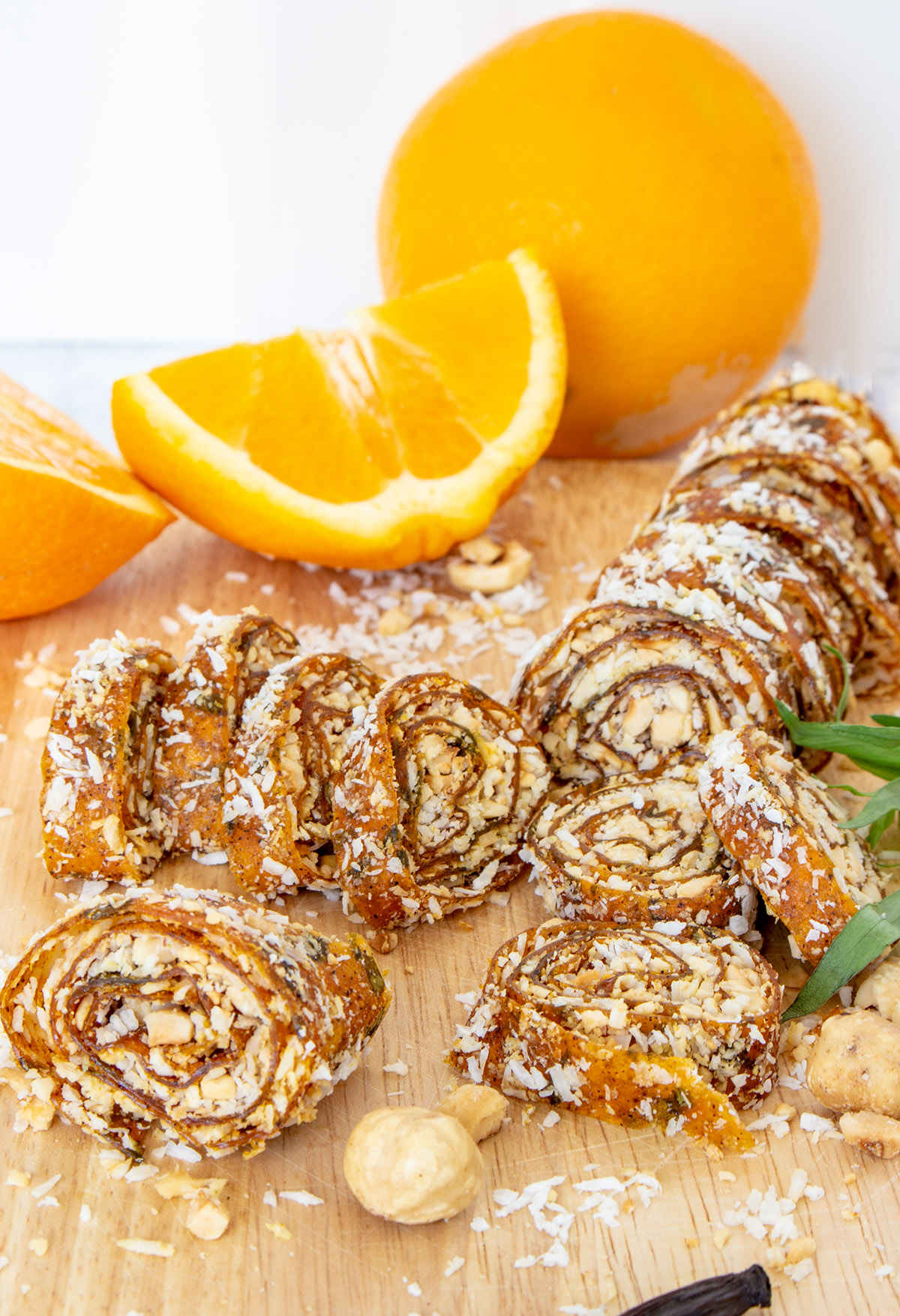 Here comes the recipe for our vegan orange tarragon fruit leather. It can perfectly combined with a cup of coffee, tea or as a dessert in between. Also, in this post I’ll tell you the next sequel to our “escape” from South Tyrol. Actually a place from which you really don’t like to leave. It hurts my heart when I think about what that means for local businesses that depend on tourism. A disaster. I hope that this phase is not going to affect this beautiful region too badly.

When we were in the car on our way to Switzerland, everything felt even more surreal. How long had we been on the road? It felt like we had been away from home for ages, and it was only 5 days, can you imagine that? We drove through the villages and arrived at the Swiss border, slowly rolled towards the border gate, waiting for the border official to stop us…

Nothing happened. We just drove through. He just gave us a strict look from the inside of his office. We headed for the nearest gas station to get our vignette. Apart from us, there were only Swiss cars in the parking lot and one from Berlin whose driver was probably also clever enough to say goodbye to Italy quickly and continue his vacation elsewhere. Next we had to cross the mountain pass, called Ofen pass, which luckily was still open. As we should see later, we had just come in time.

Can we really make it?

Half an hour later and we would probably have gotten stuck in the middle of a snow chaos or would have had to spend the night on the pass. It was already afternoon and we were only able to progress on the pass road at 30 km/h. In the meantime, it had started to snow heavily and the further we got, the more we plunged into a white, enchanted winter landscape. The snow lay thick on the fir trees around us, everything was white. All alone, our car crawled up the snow-covered strees, there was no sound around us.

The snow blanket was getting thicker and thicker and in the end we drove maybe 20 km/h so that the car didn’t slip on the ice under the snow. But neither the slow drive nor the bad road conditions could spoil our mood. We were delighted with this beautiful gift that nature gave us here. The white winter landscape that we had all to ourselves and were allowed to admire.

After 1.5 hours crossing the pass we came to our hotel. It was still snowing and we were happy about the delicious dinner and the cozy fireplace lounge that was in the entrance area. So far, nobody was speaking of diseases and epidemics here. Would we maybe really spend a few more great skiing days here?

Now to this wonderful orange tarragon fruit leather. Don’t worry! It probably looks more difficult to prepare than it is. You can prepare more of it straight away. Cut into fine rolls you can keep it in an airtight mason jar for several weeks. We always use the small glasses from Weck (affiliate link).