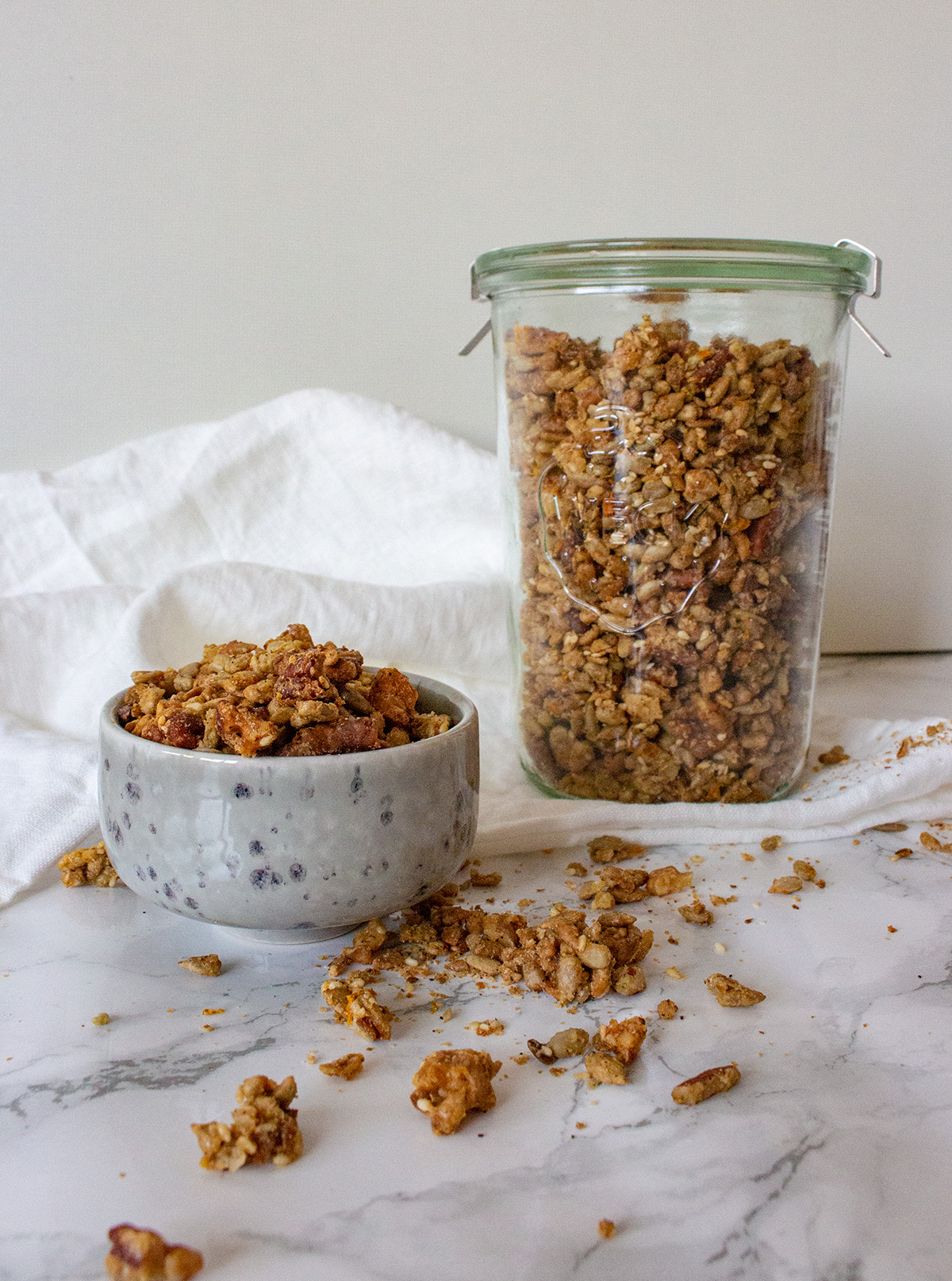 Good Evening, paleo friends and all my other dear readers! The granola, I want to present you today, is dangerous, because it’s addictive.

It’s so delicious that when I’m working from home, like almost every day, I can easily find myself eating about two 850 ml mason jars of it in two days, if I don’t pull myself together. The mixture of different flavors of walnut, pecan, roasted sunflower seeds, sesame, the sweetness of maple syrup and then – as if that wasn’t enough of the good – that hint of orange flavor given off by the zest poured over it after baking. Simply glorious. I made it on Sunday and my friend also cannot stop raving about it (although he did not get much of it, because he doesn’t work from home, the poor one ;)). Ok, I’d better stop it now, otherwise I’ll just run back into the kitchen and stuff a handful of it into my mouth, instead of waiting until dinner.

So. as I said before, the granola is not only suitable for a delicious smoothie in the morning, but can also serve as a nice (high in protein and fat) snack for in between or even as a topping on the salad. You can keep it in preserving jars for up to two weeks, provided you can resist eating it all up beforehand. The morning after I prepared the granola, I made a green nicecream bowl with banana, kiwi, some green spirulina algae and a dash of almond milk (see photo below). The recipe of the spirulina bowl is a different story and will follow in the next few days.