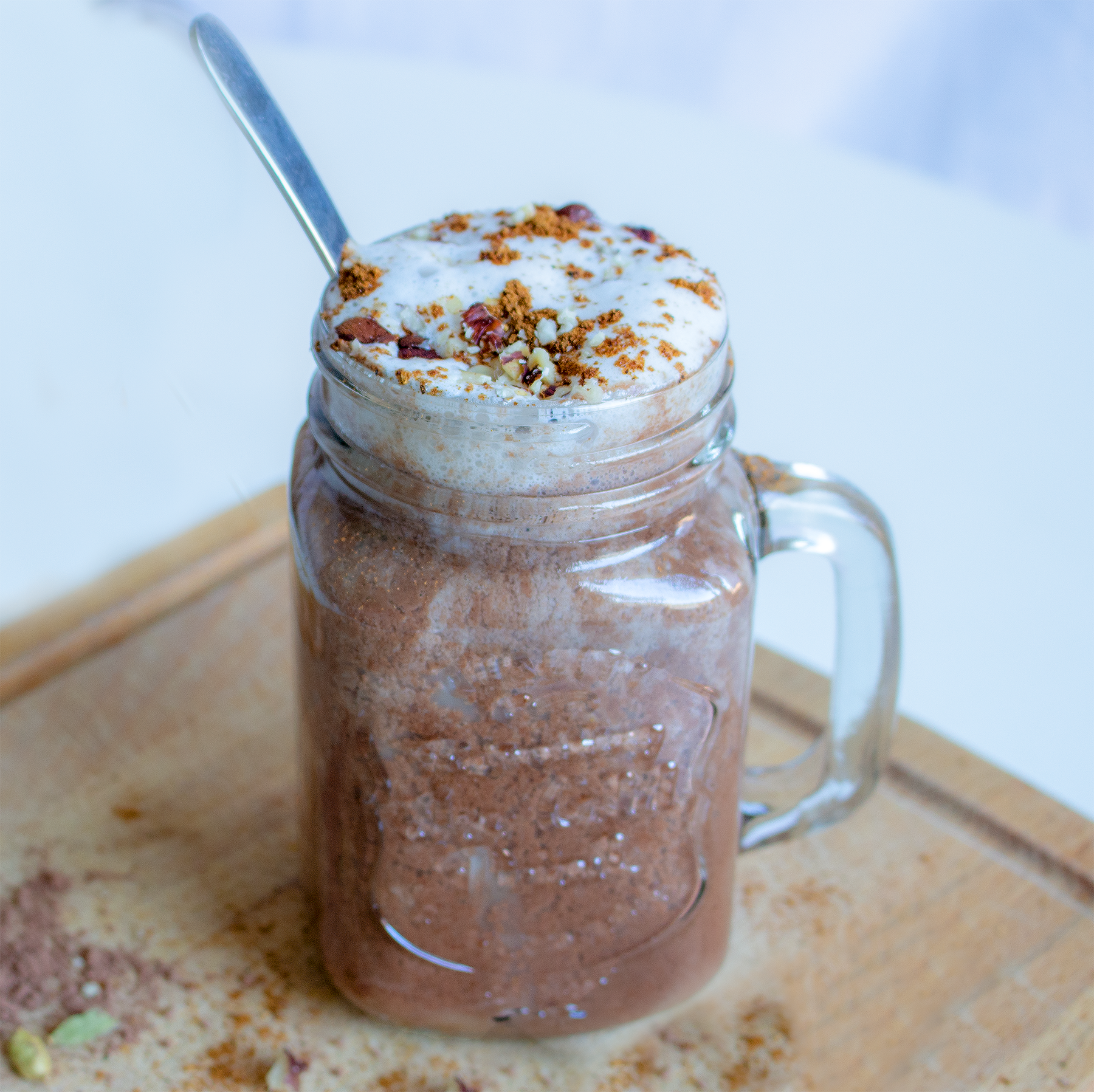 This hot chocolate is full of nutrients. Not only thanks to all the different sorts of spices and the raw cocoa, which I use for it, but also to the full fat coconut milk which is rich in magnesium, calcium, antioxidants. But, the best thing about it – it is high in omega-3 fatty acids, which lower the risk of inflammation and support heart function.

Cinnamon gives the hot chocolate a more intensive flavor and supports regulation of blood sugar levels. I also added some gingerbread spice, but instead you also can use ground anise or cloves, or both if you like 🙂 But there is one thing I should mention: one whole cup (the size you can see on the picture) of this coconut hot chocolate is really stuffing. If you can’t drink so much coconut milk at a time, use only half of all ingredients (sometimes that’s enough if you just want to have a little sweet treat). Alternatively, you can dilute your hot chocolate with a dash of hot water. I tried the latter and it does not affect the taste at all.

1. Heat coconut milk in a saucepan until steam begins to rise from it, then reduce heat to the lowest level.
2. Add all ingredients and stir well.
3. Bring hot chocolate to a boil and then remove from heat.
4. Froth almond milk in a frother.
5. Pour hot chocolate into a cup or a glass, and spoon a dollop of foam on it, sprinkle with some ground cinnamon and cocoa.

We love cookies not just for tea. By continuing to browse this site you are agreeing to our use of cookies.OKData Privacy Statement